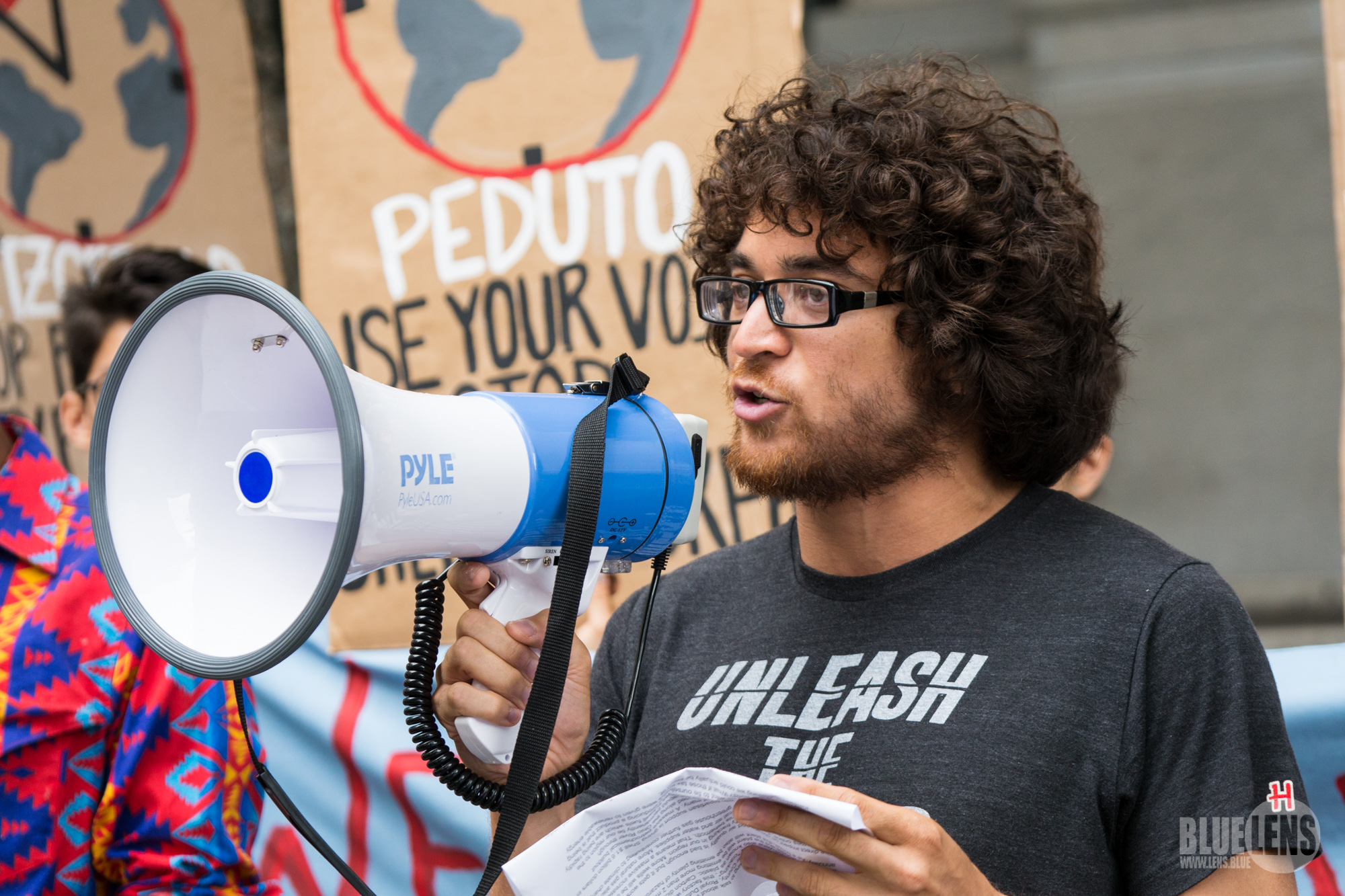 Jay Ting Walker is a resident of Pittsburgh, Pennsylvania. By day, he is a Community Organizer at a Pennsylvania environmental non-profit. By night, Jay is a proud member of the Green Party of Allegheny County, Pittsburgh DSA, Pittsburghers for Public Transit, and Bike Pittsburgh. Jay serves as a cochair of the Green Party of Pennsylvania and as one of its delegates to the GPUS National Committee. He studied Biology and Economics at Rensselaer Polytechnic Institute where he was active in environmental activism. In his free time, Jay is passionate about ultimate frisbee, board games, Starcraft, and watching soccer. 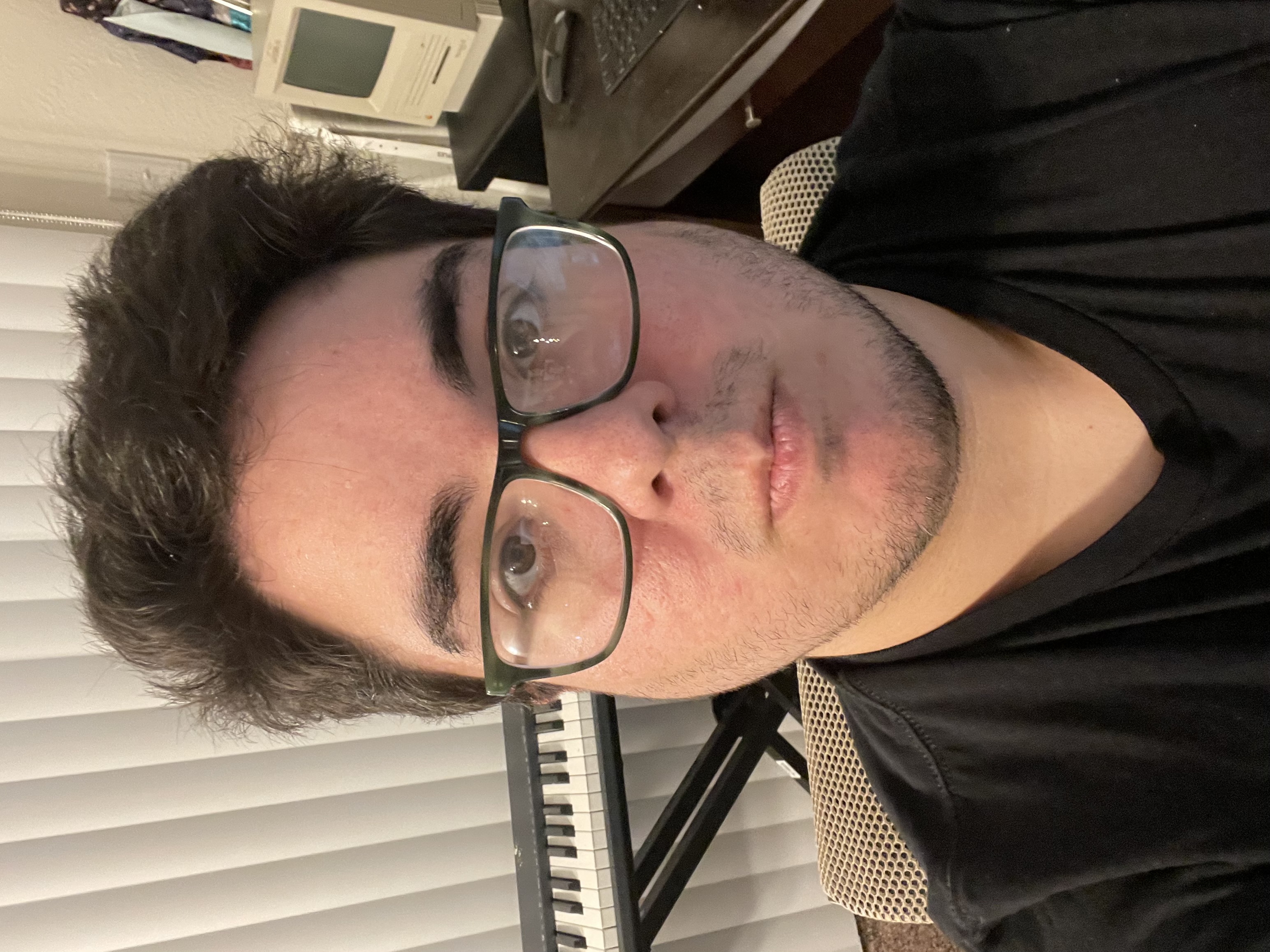 Alejandro Ortega-Morales is a resident of Houston, Texas. Alejandro’s day to day job is as a Bus Operator for First Transit, and also is the Press Secretary for the Delilah For Texas campaign. They’re also the Co-Chair of the Latinx Caucus, as well as the Co-Chair of Young EcoSocialists. Outside of Transit, Alejandro is very passionate about the environment. Alejandro currently studies at Lone Star College, where they major in Civil Engineering. In their free time, Alejandro works on his music, tends to his friends’ and family’s aquariums, nerds out about musicals, and works on forming a Transit Rider’s Union for the Metropolitan Transportation Authority of Harris County. Alejandro speaks English and Spanish, and is learning ASL. 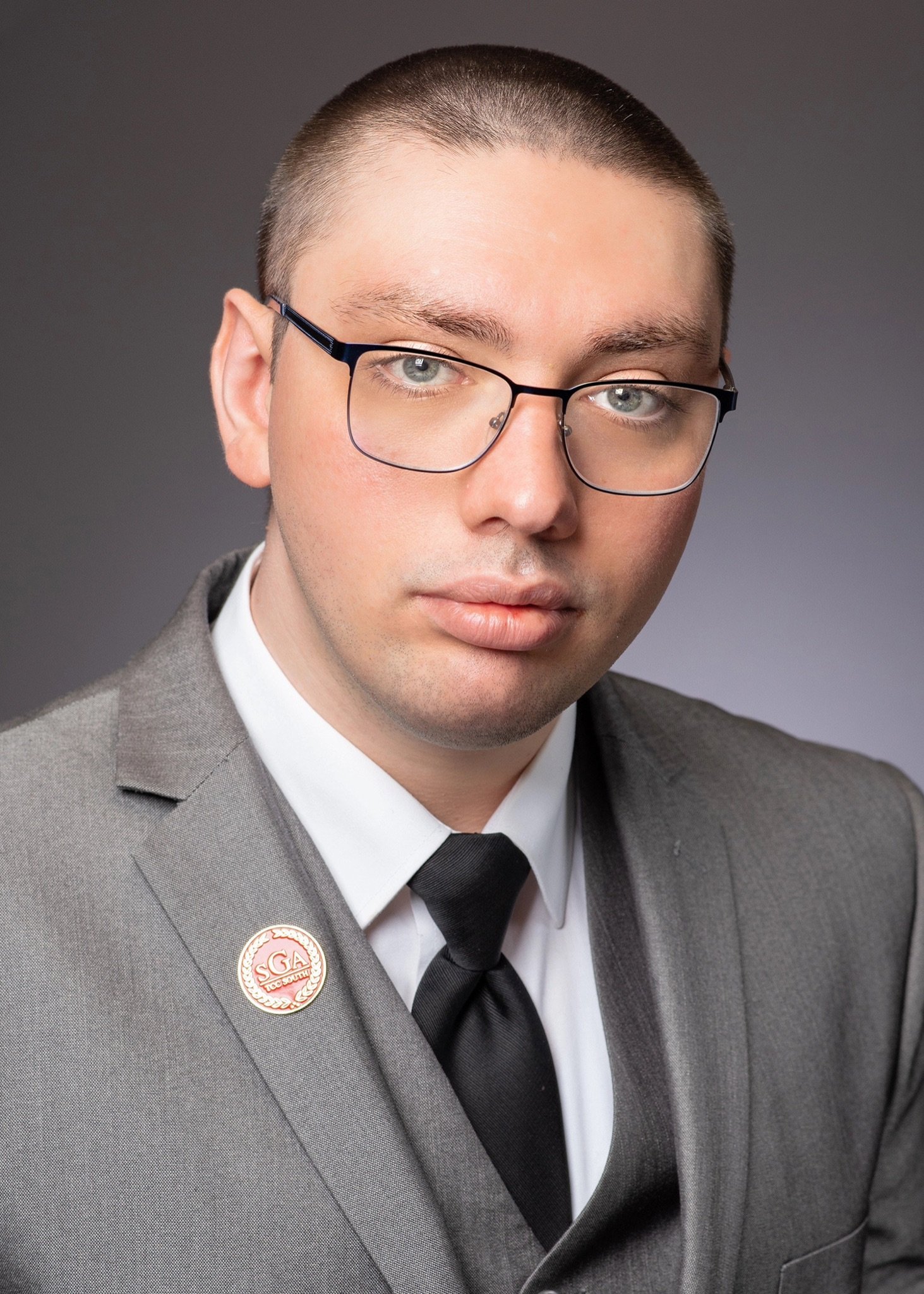 Hunter is a resident of Arlington Texas. He is currently a student at Tarrant County College Trinity River Campus where he is enrolled in the AAS Library Technician Program. Hunter became a member of the Green Party of the United States towards the end of 2015. He is currently the Co-Chair of the Green Party of Texas and has been a local organizer and volunteer for the Tarrant County Green Party and the Green Party of Texas since 2017. Previously Hunter was the National Committee Alternate Delegate for the Youth Caucus. His work also includes working on the Tarrant County College Student Government Association as the Senate Chair where he has raised awareness on social justice issues. Hunter is also a Co-Chair of the GPUS Bylaws, Rules, Policies and Procedures Committee. He is currently commissioned by the State of Texas as a Notary Public and serves his community in that capacity. 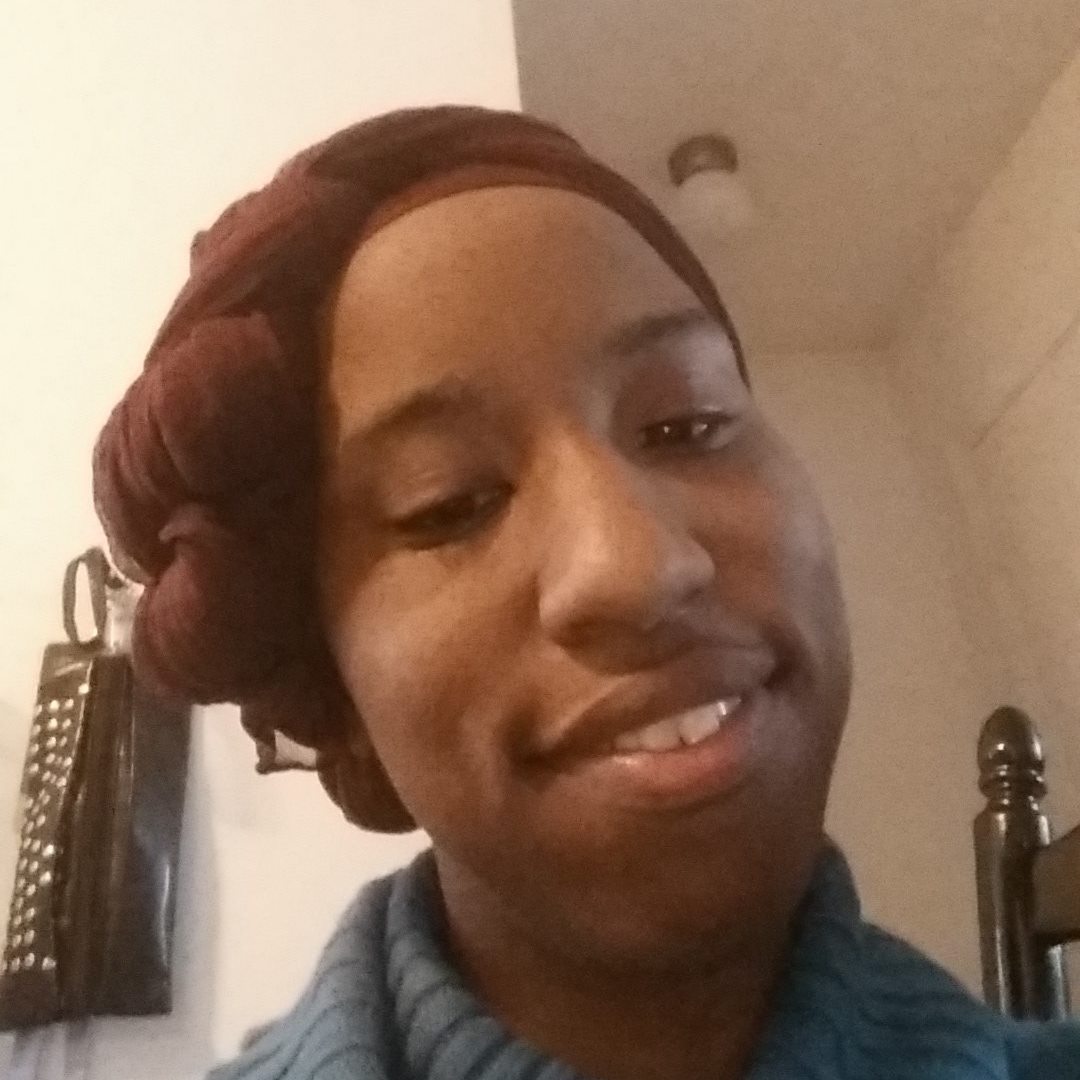 Shannel is a Los Angeles based activist whom before coming into the Green Party after the 2016 primary. A former state organizer Wolf-PAC in California, she prepared other volunteers to speak to their representatives and prepare for meetings and working with others to ensure that California Prop 59 (a resolution overturning Citizens United) was approved that year. Drawn to the work of tasked of the Outreach and Accreditation Committee because she’s detail oriented and sick of people falling through communication cracks, Shannel is committee to making sure everyone coming to our Caucus can find the place where the can strive. A National Committee forum manager and delegate for the Lavender Caucus , she also serves on the National Outreach, Diversity, and Presidential Campaign Support Committees. Outside of the Green Party work Shannel is a member of the Black Alliance for Peace, a member of the Los Angeles County’s Alternatives to Incarceration Working Group, among other things.

Shannel is a writer and theater nerd. Cartoons, obscure music, and novels are how she finds balance so as not lose functionality in this fight. Being a Disabled, Asexual-Panromantic, Muslimah would be exhausting without these outlets. 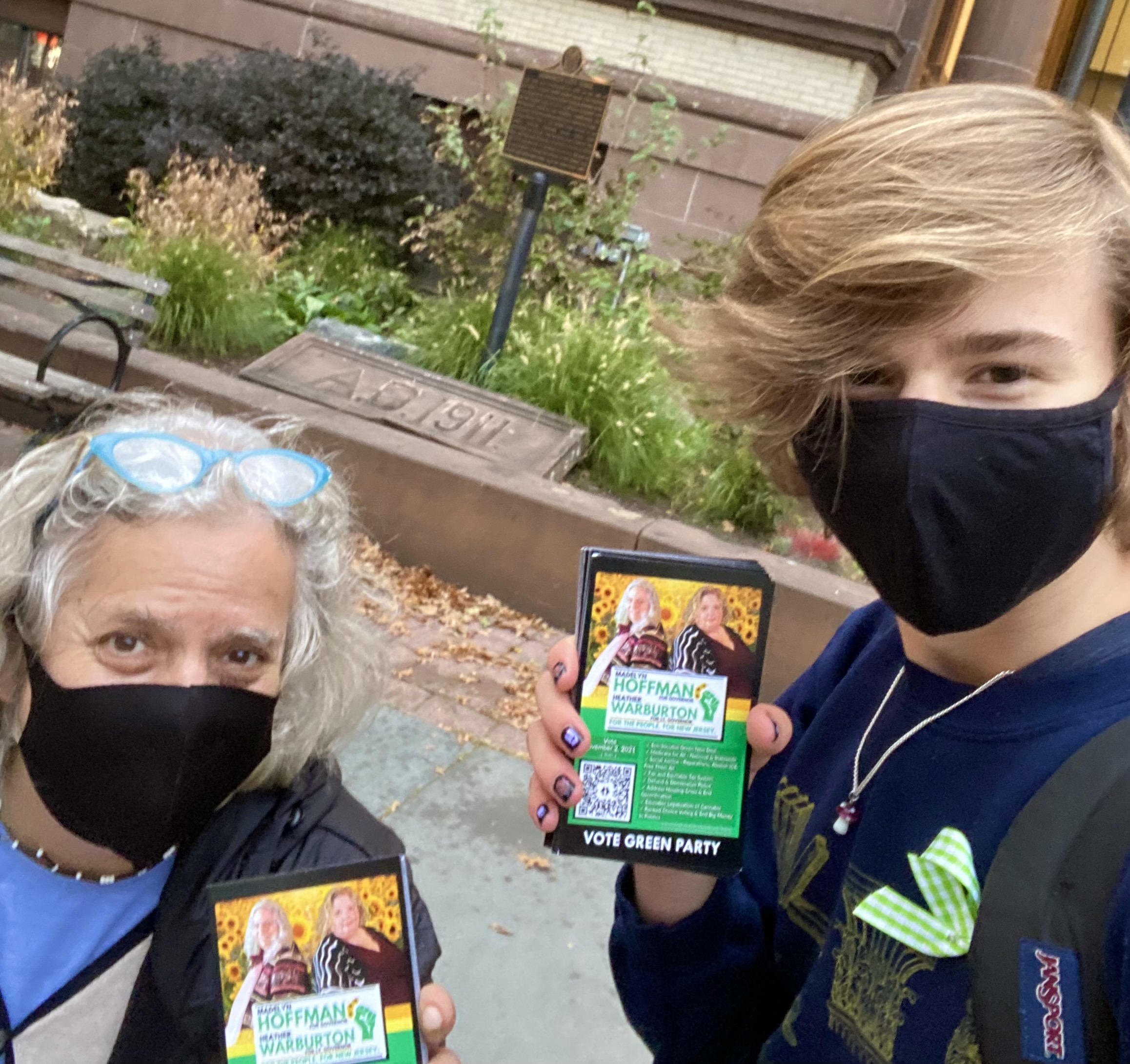 Will Sytsma (he/they) is a New Jersey native currently residing in Jersey City. A high school student, he started his work with the Green Party on the Hoffman Campaign for New Jersey Governor in 2021, then working as a press team intern and interim team coordinator. They now serve as the Media Committee Chair on the YES Caucus Steering Committee.

Will is tired of seeing the climate and economic emergencies which plague our nation remain neglected at the hands of inactive legislators. He hopes to use his real to show fellow young progressives that there are other voting options in our collective movement for a brighter future.

In their free time, Will enjoys poetry, painting, and mycology. They are committed to academics and strive to make their high school a more accepting community for fellow queer students. 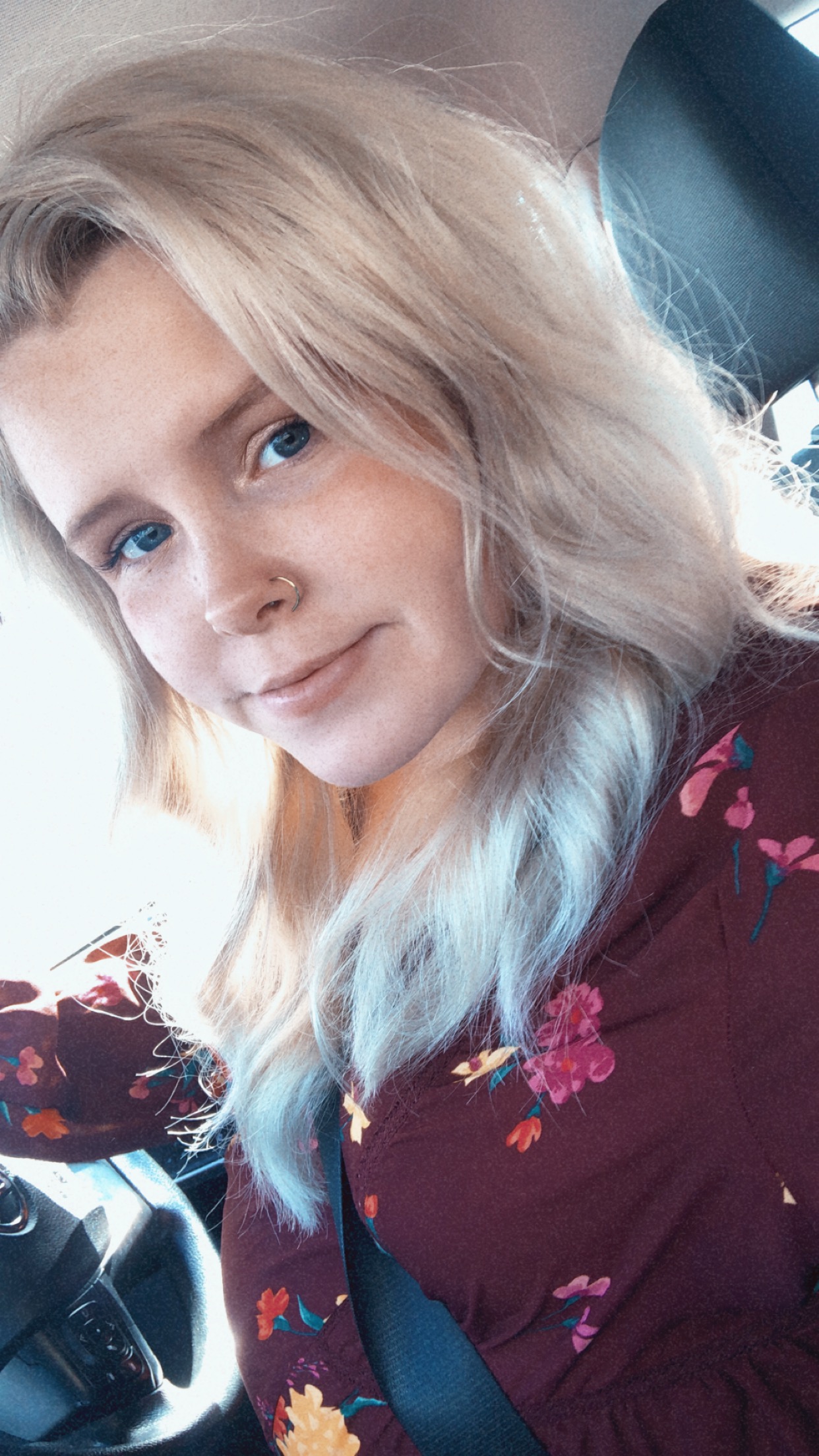 Cassiday Moriarity was born and raised in small-town Indiana. Now living in Indianapolis, she chairs the local Circle City Greens chapter. Historically, she has held positions as vice chair and communications director for the Indiana Green Party.

Her work thus far had included rebuilding the Indiana Green Party's website, the Green Pages website, and working with the fundraising committee on NationBuilder to set the party up for success at all levels.

Previously, she was YES's Co-Chair and is still an active member in several national caucuses and committees as well. 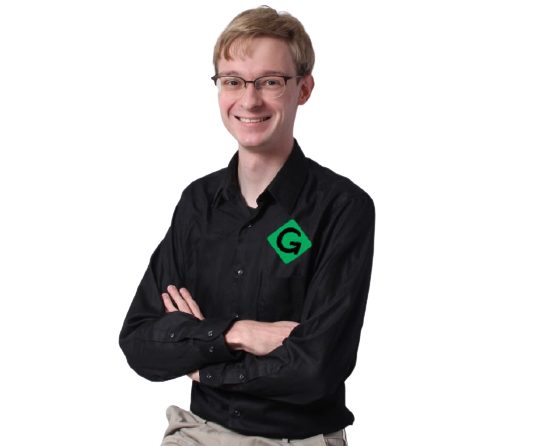 Austin Bashore is our representative for the state of Ohio. He is a 2019 graduate of Kent State University with two degrees in Teaching English as a Second Language. He also ran for state representative under the Greens in 2018 and has been a Green Party member since 2015. 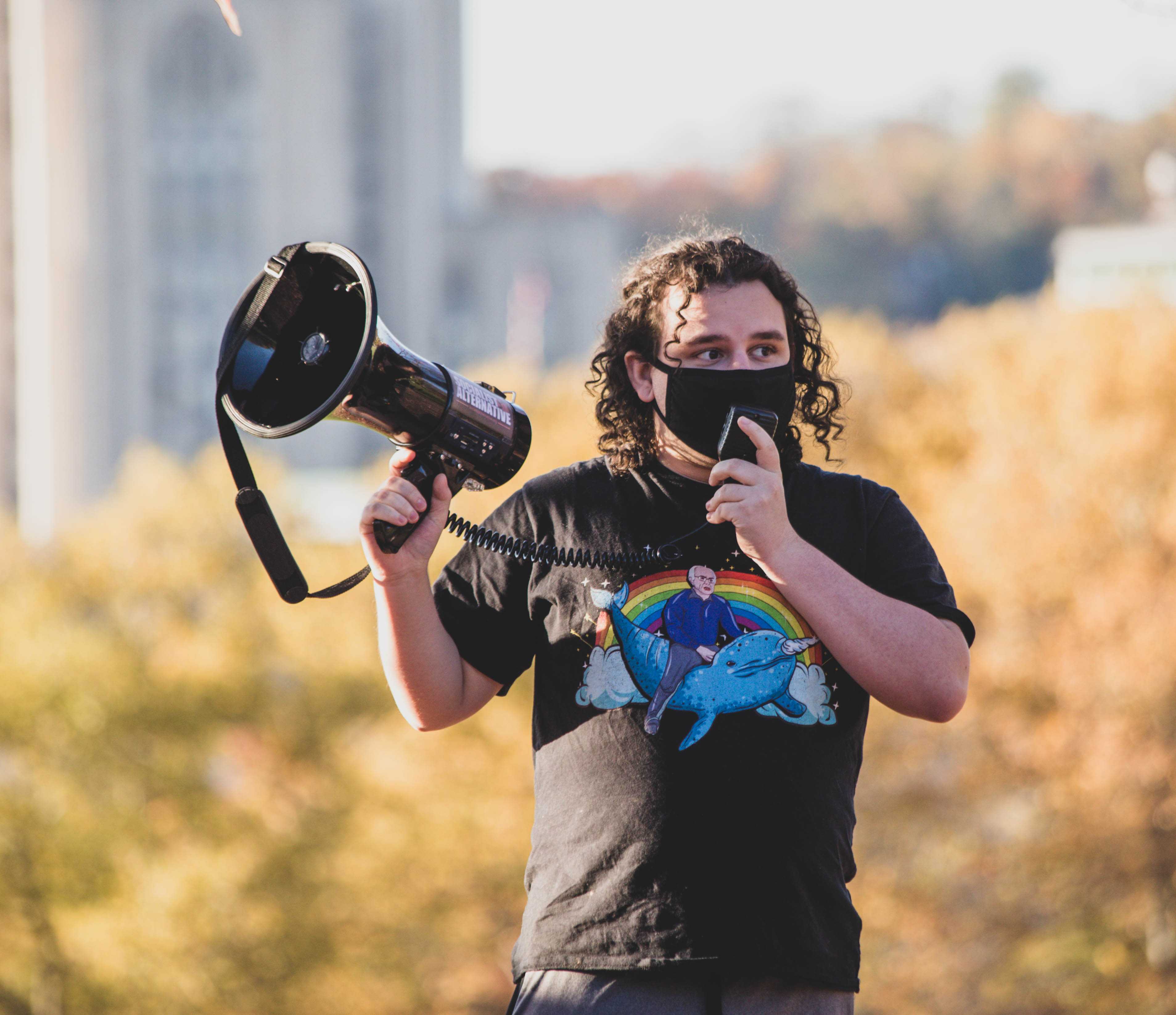 Riley Mahon is a socialist actvist from Pittsburgh where he is an active member of the Green Party, DSA, and Sunrise. He served as the Vice Chair of the Green Party of Allegheny County in 2022 and ran as a Green for Upper St. Clair's school board in 2019 as a high school senior. In 2021 he worked as a co-chair of Connor Mulvaney's campaign to be the first Green on the Pittsburgh City Council. He has also been involved in efforts to create a police accountability board and in the successful movement to ban fracking in Allegheny County's parks. 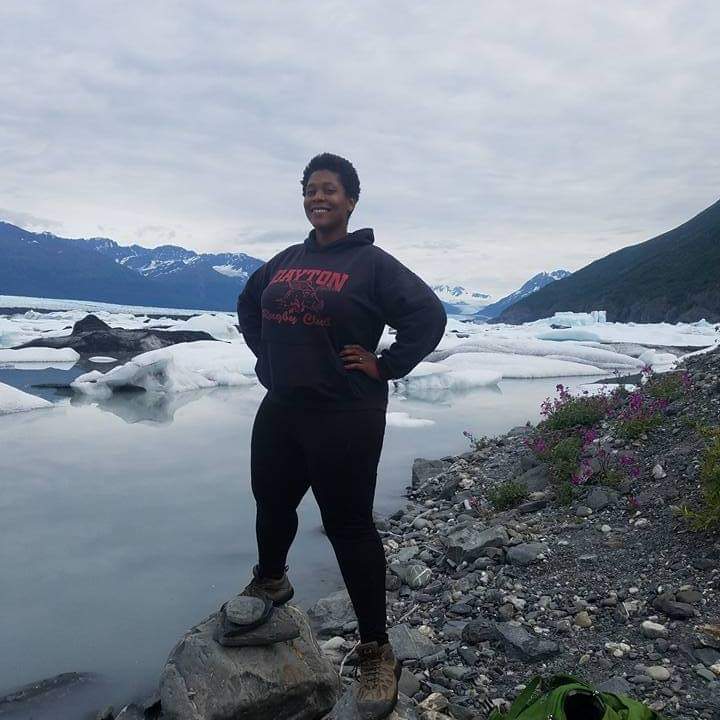 Elizabeth Freeman currently resides in Eagle River, Alaska where she works as an economic geologist in hard rock mining/exploration. In addition, she is currently pursuing her graduate degree at the University of Alaska Anchorage. When Elizabeth is not working, she engages in her local community by volunteering with STEM related outreach programs, and Big Brother Big Sister. Elizabeth became an active member of the Green Party around 2016, and campaigned for Jill Stein. In 2021, Elizabeth was voted an alternate delegate of YES and looks forward to fulfilling her new role. In her free time, you can find Elizabeth hiking, loving on her fur babies, reading current events/history, and traveling.