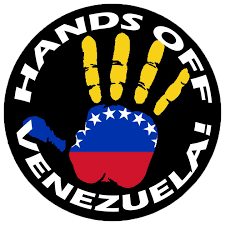 The Young Ecosocialists decry the ongoing coup in Venezuela being orchestrated by the United States government and its allies.  This attack on Venezuela and it's people is an affront to democracy and a blatant act of imperialism and white supremacist foreign policy.

In order to better inform our members on the issue, we have compiled a list of resources that we consider to have important insight on this crisis.

Below are a number of different pieces on the coup in Venezuela.  We tried to find pieces that cover the issue broadly and ones that focused in on specific areas of the crisis.  We will also update this list as new material comes out. Feel free to comment with articles you found helpful in expanding your understanding of the coup.

Popular Resistance: Venezuela: What Activists Need to Know About the US Lead Coup

This article by Margaret Flowers and Kevin Zeese addresses some of the popular talking points in favor of regime change in Venezuela and details a timeline of the coup.  The article clearly addresses and rejects numerous claims made in support of US intervention in Venezuela, along with supporting sources.

BAR Executive Editor Glen Ford details the level of US government's meddling in Venezuelan affairs and the legnths that the US and its allies are willing to go to uplift Juan Guaidó.  Ford traces the white supremacy at the core of US policy towards Venezuela and how that policy is at the root of the suffering of the Venezuelan people.

This lengthy article moves through the spectrum of issues at play in the US backed coup in Venezuela, from a broad overview, to addressing pro-intervention claims, to a foundational look at the Bolivarian Revolution as it stands today.

Liberation News: Cutting Through the Lies About Venezuela

This article from PSL's Liberation News lays out the tactics used by US (bipartisan) leadership and media to popular elicit support for the coup and addresses the lies that underpin the US position.

Jorge Martin: US Tightens the Noose on Venezuela - Will the Coup Succeed

Jorge Martin provides a look at how the US is exerting itself in orchestrating the coup, how Maduro has been responding, and where the working class in Venezuela is.  This article was written later than some of the articles and has some updated information on US sanctions, asset seizures, and other tactics the US has used since declaring Guaidó Interim President.

Brett Wilkins: The History - and Hypocricy - of US Meddling in Venezuela

This article from Brett Wilkins details over a century of the US intervening in Venezuelan affairs.  From supporting the 1908 coup that installed the brutal Gomez regime to the escalating disruption of US actions following the Bolivarian Revolution to today's ongoing attempted coup.

This article details the rise of Juan Guaidó, from his origins in violent right wing movements to become the leader of the US backed coup.  The article also looks at the direct role that the US government played in his rise, long before anointing Guaidó as the leader of the most recent coup attempt.

This article by Rachael Boothroyd Rojas discusses the opposition refusing to sign an agreement with the government in early 2018, after two years of negotiations.

This interview, available in audio and transcript form, with former President Hugo Chavaz discusses the history of the Bolivarian Revolution.

Venezuelanalysis: Observing Venezuela's Election and the Myths Around It

This article by Jeremy Fox-Alborada, an observer of Venezuela's May 20, 2018 elections, details the global disinformation campaign related to Venezuela's leaderships legitimacy.  The article discusses Venezuela's electoral processes, which Former US President Jimmy Carter described as the best in the world, and what was found by observers in the May 20 election.

Video: Nicholas Maduro Sends Message to US Citizens to Stop Trump from Starting a War

This video is a message from Venezuelan President Nicolas Maduro to the citizens of the United States.

Black Alliance for Peace: Why We Must Oppose U.S. Intervention in Venezuela

This statement and call to action from Black Alliance for Peace takes a hard anti-imperialist stance on US intervention and the consequences of the long history of US intervention.  Clearly drawing lines to the white supremacy at the foundation of US foreign policy, the statement is a strong position against the US led coup.

Veterans for Peace: Veterans Call to Resist US Coup in Venezuela

This statement from Veterans for Peace lays the blame for the crisis in Venezuela on ongoing US interference and disruption. The peace group calls for their members and supporters to call their legislators and decry the US led coup.

This statement from the NYGP denounces the US-backed coup in Venezuela as another in a long line of interventions and imperialism in Latin America. 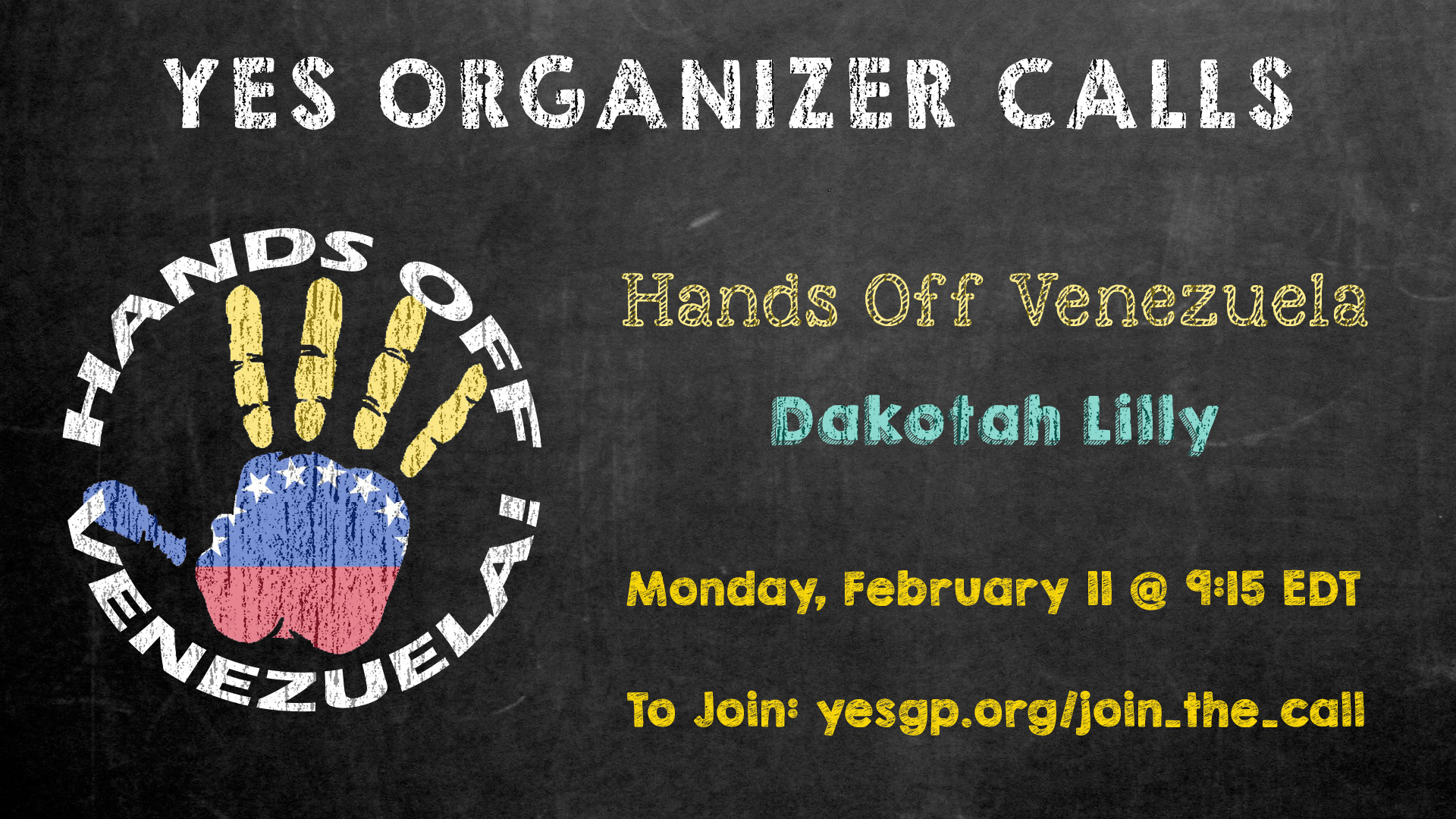 Be sure to join us on Monday, February 11, 2019 at 9:15 EST for our YES Organizer Call on the topic of #HandsOffVenezuela with guest Dakotah Lilly.

The YES Organizer Calls are a bi-weekly education series that take place on the second and fourth Monday of every month.