President Trump is not backing down now. Immediately following the reactionary protest in Washington DC, Donald Trump tweeted the following. 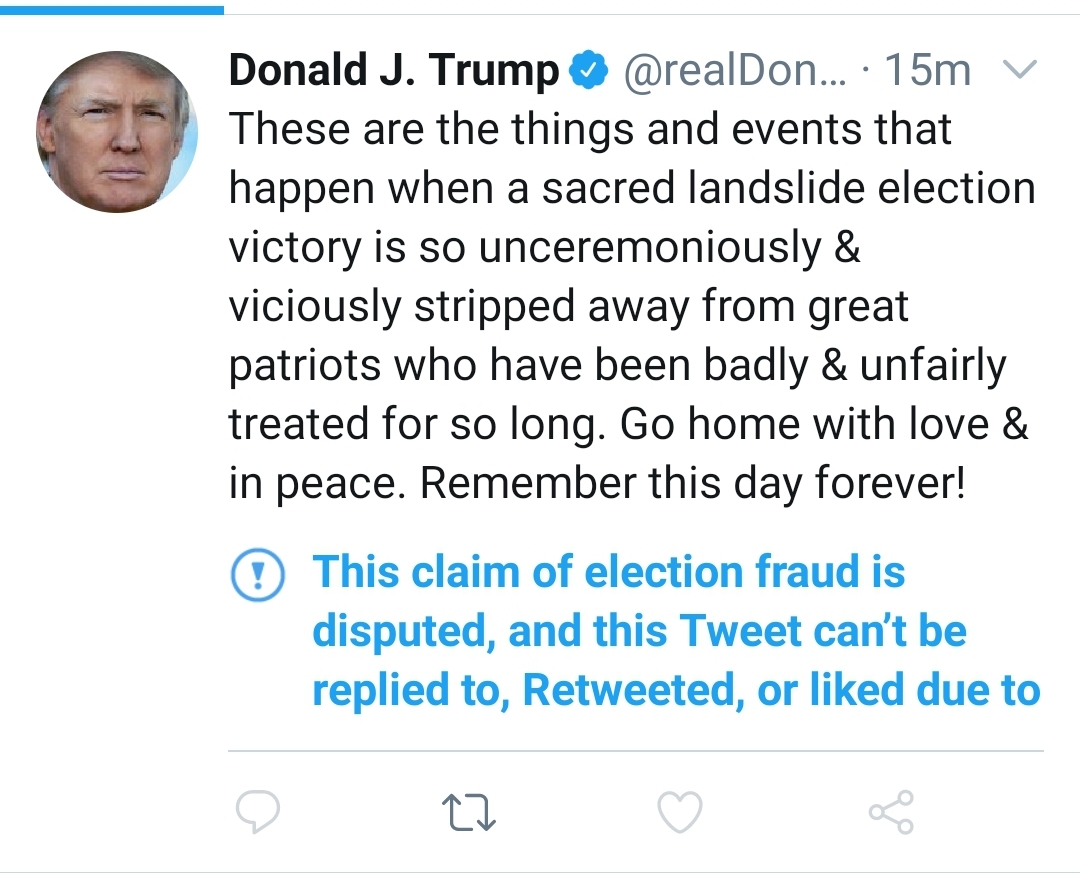 He called for these actions, and he continues to stand by them. But we recognize that this protest, and Trump himself, are just symptoms of the larger problems in this country.

Over the past year, we have seen the feds attack protestors with increasingly violent measures. They have sided with the far-right, and fought back against basic anti-violence and anti-bigotry reforms. In Portland, dozens were killed, wounded, and left permanently disabled by state violence, including several neutral onlookers. In Kenosha, the police aided a radicalized teenager who travelled across two states to shoot protestors and allowed him to go home for the night. In Washington DC, almost 6000 feds were deployed to clamp down on the unrest, at one point gassing protestors near Lafayette Square... So Trump could have a photoshoot with the Bible. 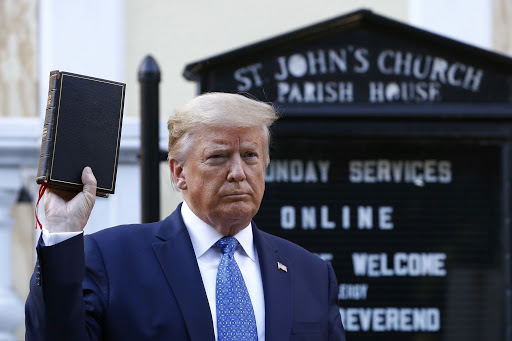 Trump holding a bible at the aforementioned photoshoot (source: GettyImages)

State violence isn’t anything new or groundbreaking. Look back at the harsh crackdowns during the Civil Rights Movement, the Los Angeles uprising in the early 90s, the Ferguson protests in 2015, and countless other movements for survival. Police backlash against reforms have made it explicitly clear time and time again: the police state will respond in force to any movement that challenges it.

The police did not have the same violent reaction today. Not only that, but many cops showed solidarity with the revolutionary wannabes. Let’s be 100% clear about what happened: in the same city where anti-racist protestors faced a fully militarized police force, an armed mob just strolled in and occupied the single most important federal building in the nation with almost no resistance. After several hours, only thirteen people were arrested before the mob was dispersed. Only one person was fatally shot. Why was the police reaction today so different? 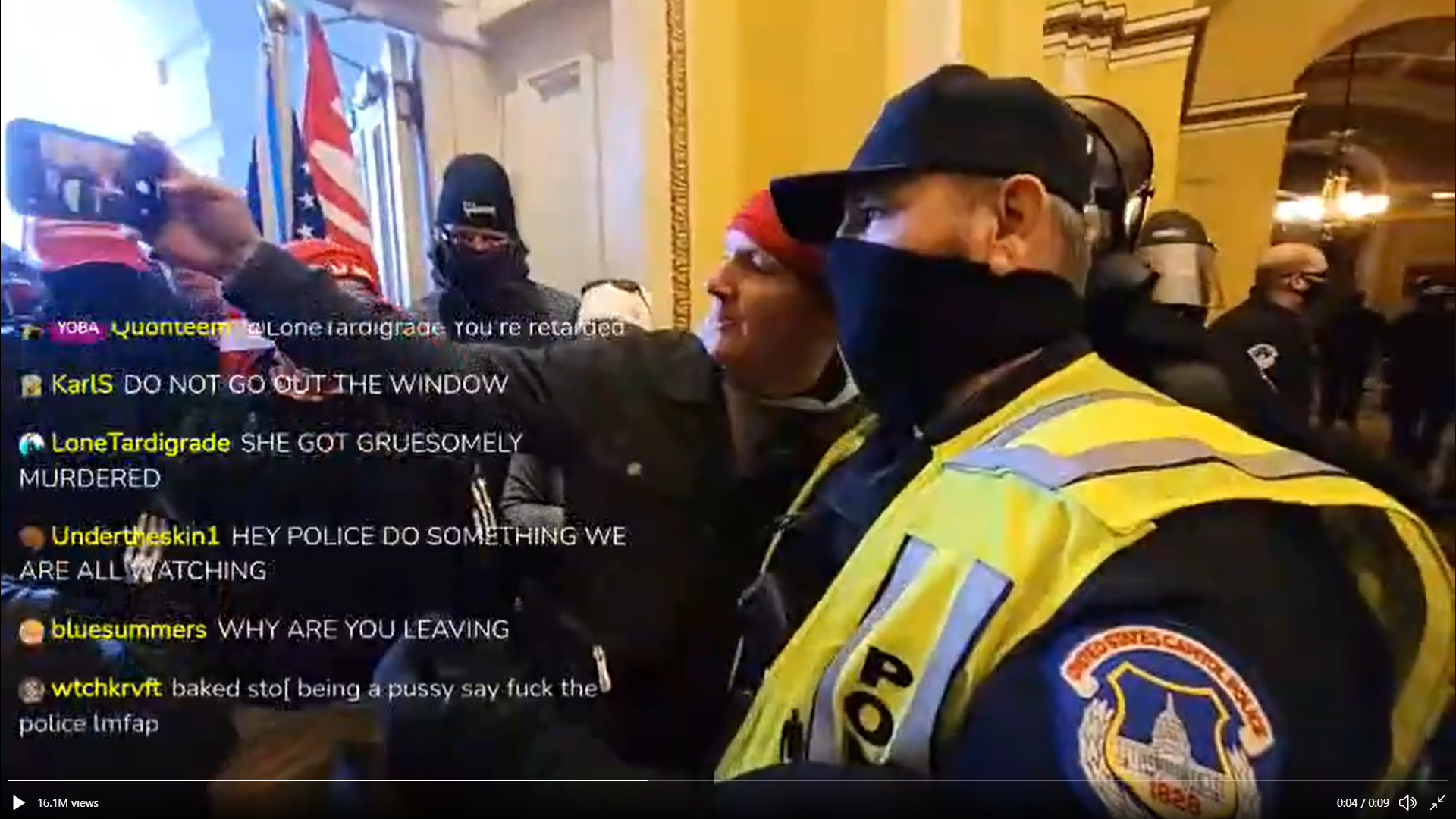 We don’t have to imagine the absolute bloodbath if a Black Lives Matter protest attempted to enter the Capitol. Those of us demanding racial justice are regularly beaten, bruised, and blinded while the state lets down blockades for blatant fascists (View on Twitter). Indigenous activists, Black Lives Matter organizers, and labor strikers have a history of asserting their rights through sit-ins, blockades, and marches. These actions have time and time again been met with state violence.

When we bash the feds for their pathetic response, many respond “but don’t you guys want to defund the police?” As the right often does, they ignore the blatant undertones of this incident. They try to turn the argument back on us. They ignore the root issue. Policing exists only to reinforce white supremacy and support the ruling class. No need to let “law and order” get in the way. That’s why we saw police siding with terrorists today. Seeing this, our calls for police abolition only grow louder.

Our failed capitalist system and its neoliberal misleaders refuse to confront the multiple crises we face, and organized reactionaries step in with violent “patriotic” fantasies to fill the void. Only an organized, independent working class rooted in democratic practices can overcome these forces. Together we can make that a reality. It’s vital that we build leftist trust, solidarity, and unity. Our survival depends on it. In the words of Assata Shakur:

Edit: As of Jan 7th, 10am Eastern time, there have been four civilian deaths and 26 people have been arrested in relation to the inicident. There have been 52 total arrests including curfew violations.